The Ministry of Infrastructure assures that river transport is good for the environment. But this is a lie

This follows from the statements of the participants of the profile section of the form «Ukraine-2030». Although in reality the increase in river transport means a deterioration in water quality, the risk of accidents and that soon we will have nowhere to swim and where to get water for water utilities. And what do water transport lobbyists think? Read the report. Text by Oleg Lystopad.

P.S. If you read to the end, you will be convinced that the Deputy Minister told a lie. Dredging of Pripyat was carried out WITHOUT environmental impact assessment

So far, there are not many barges on the Dnipro, but …

The Infrastructure Forum is one of a series of Ukraine 2030 events. This is an initiative of the team of the President of Ukraine to show how he plans to solve problems and demonstrate to investors the potential of Ukraine.

The Forum on Infrastructure was held on February 22-24, 2020. One of the sessions of the form was dedicated to water transport

WATER TRANSPORT — A NEW STEP IN THE DEVELOPMENT OF INTERNATIONAL TRADE

Olga Kopiyka, Chair of the Logistics Committee and Cohead of the European Business Association on maritime and river transport
Business on the state side: development of inland waterways

Olga Kopiyka: water transport is the most economical and environmentally friendly

Free of taxes and fees inland waterway transport is a plus. The new law on inland water transport abolishes fees for locks, special water use. Vessels during the cabotage voyage are exempt from port dues etc. Vessels under a foreign flag are exempt from dues. (According to the Law on Inland Water Transport, adopted in late 2020. NGOs criticized this bill — OL). The creation of a state fund to support inland waterways is envisaged.

The amount (need) of financing the current operation of inland waterways for 5 years — 2.3 billion UAH. The need for capital investments is UAH 4 billion. Accordingly, more than $ 41 million is needed annually for both activities. A bill on the creation of a special state fund of inland waterways has been registered in the Verkhovna Rada. By analogy with the state road fund, it will ensure the development of inland waterways.

The Inland Water Transport (IWT) Act is the implementation of obligations under the Association Agreement with the EU. IWT bottlenecks are gateways. We are working with the European Investment Bank (EIB) on our application for the repair of six gateways, the river information system and the reception facilities.

Other bottlenecks are the need for dredging, fleet development. Here we work fruitfully with EU experts. The EBRD and the EIB are ready to work with us on river infrastructure development. The design capacity of our gateways is 60 million tons. One third is used. We still have 50 million tons that we can transfer from roads to rivers. If you look at the EU transport strategy, which was published in November-December last year, it very clearly prioritizes the EU Green Agreement (GreenDeal). According to Green Deal, there is a requirement to reorient from roads to more environmentally friendly modes of transport, either electric rail or water. In this way, we are trying to coordinate our efforts with the policy pursued by the EU. We still need to involve municipalities in the development of port logistics hubs.

The implementation of Green Deal in Ukraine means that two barges plus one tug is equal to 250 trucks with grain. One million tons of cargo transported by the river saves one billion hryvnias for road repairs and operation for 4 years. It will also reduce CO2 emissions from trucks.

We have registered a draft law on multimodal transportation. And with the help of EU experts, we are developing a transport model that will help us understand how certain investments will affect freight and passenger flows. With this model we will see whether to invest in new gateways, how to develop river and sea port infrastructure

He spoke about investments in infrastructure in general, in ports, roads and more. He said that these investments will help Ukraine in the fight against climate change.

The Administration of Seaports of Ukraine (AMPU) is very pleased with the development of rivers in Ukraine. The AMPU has 14 units of equipment that have been repaired and started dredging. The Dnieper was brought to 3.65 meters. The task was to restore the navigable part of the Pripyat River to 1.6 m. We fulfilled it.

Other speeches in my opinion were not interesting, I did not note them

After the speeches, the presenter voiced my question, which I sent to the Forum website before the Forum. I also asked about the E40, but it was not voiced.

— Are the requirements of ecological safety of river transport (pollution of rivers as sources of drinking water, etc.) taken into account?

Ms. Forsyuk’s answer: The issue of ecology is really important. No work can be carried out without an environmental assessment. Including the river Pripyat and so on, the upper part of the Dnieper. All necessary analyzes were carried out and even to our foreign colleagues we gave the international promises on condition of positive ecological examination. Therefore, it is a mandatory requirement and we must comply with it. And there is a requirement of the European Investment Bank that the environmental component in the case of their financing should be mandatory, ie the presence of a positive environmental assessment. 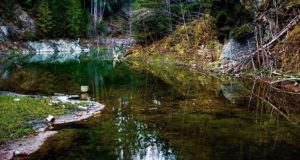 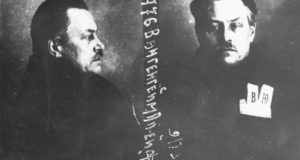